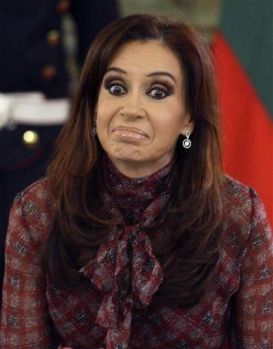 My experience with Argentina goes back nearly two decades to when I spent two years as a Mormon missionary in the Patagonia. I learned that the Argentine people are wonderful, the food is exquisite, the scenery is breathtaking, and the economy is never more than 5 years away from being a complete disaster.

While Argentina is now plumbing the depths of the Index of Economic Freedom, few know that it was one of the world’s 10 largest economies at the turn of the 20th century. In fact, for much of its early history Argentina’s economy was at parity with that of the United States.

But these two countries pursued very different economic policies that were rooted in their respective colonial histories: The United States made property ownership easy as it expanded westward, while Argentina created a new class of aristocrats who owned the vast majority of its frontier land. Both countries benefited from exporting agricultural commodities to Europe in the 19th century, but Argentina’s risk-averse landowner-oligarchs resisted industrialization. Global food prices collapsed in the mid-1920s as production in Europe bounced back after the end of World War I, and this shock hit Argentina’s undiversified agricultural economy especially hard. The global Great Depression a few years later further destabilized the economy, which in turn led to a series of political shocks: A dictatorship, a coup, a military junta, and a disastrous war with Great Britain.

In summary, Argentina represents how the United States might look in an alternate universe in which los yanquis had made similar political and economic decisions.

Argentina’s currency was quite stable during my time living there. In those days the value of the peso was pegged to that of the dollar. This trick brought Argentina’s chronic hyperinflation under control, from an annual rate of 3,000% in 1989 down to 3.4% in 1994, and restored public confidence in the local currency.

But problems soon emerged. The strong dollar-pegged peso reduced the competitiveness of Argentine exports, so provincial and city governments ran fiscal deficits in order to “stimulate” their economies and fight stubbornly-high unemployment. In those days I would have a number of conversations along these lines with people who I met in various cities:

Fulano: “I work for la municipalidad (the city).”

Fulano: (smiling) “They only call me when they need me, che!”

The cash-strapped cities and provinces needed frequent injections of cash from the federal government, which in turn was unable to finance this spending by simply printing more pesos as it had done in the past. So all of these state and local deficits turned into federal debt, denominated in dollars and sold on the international credit markets.

Things started to get really bad for Argentina in the late 1990s. The economy was struggling under an increasing debt load, and the strong US dollar forced Argentina to maintain a strong peso while the currencies of major trading partners and competitors in Brazil, Europe, and Asia were relatively weak due to regional crises. There was no way for Argentina to remain competitive in global trade without devaluing the peso, which would require breaking its peg to the dollar, and this in turn would precipitate a default on the country’s dollar-denominated foreign debts.

The Argentine people are quite familiar with monetary crises. In 2001, after being mired in a nearly-three-year-old recession and fearing currency devaluation, they began withdrawing their pesos from banks, converting them to dollars at the official 1:1 exchange rate, and stashing the dollars in their mattresses (or outside the country if the mattress was too small). The government responded with a set of capital controls that became known colloquially as the corralito (literally “playpen”), prohibiting cash withdrawals from dollar-denominated bank accounts unless the deposits were converted to pesos, and limiting withdrawals from peso-denominated accounts to 300 pesos per week.

The public outcry in response to the corralito was fierce, culminating in the resignations of Economy Minister Domingo Cavallo and President Fernando de la Rúa. Their successors expanded the corralito in short order by forcibly converting all dollar-denominated deposits (and debts) to pesos and devaluing the peso from the exchange rate of 1 peso per dollar to 1.4 pesos per dollar. Soon afterward they let the peso float, and several weeks later it stabilized at a rate of about 4 pesos per dollar.

I visited Argentina again a few years after the 2001 devaluation. This time I was in graduate school and we were studying local companies as part of a course in global strategy. The economy had recovered substantially in spite of the government being shut out of global credit markets due to its 2001 default. Most of the companies we visited were bullish on the country’s future.

The highlight of the trip was a dinner that I had with a good friend and former missionary companion. We shared good memories from our time working together and talked about our young families and career plans. He said that one of the lasting legacies of the devaluation was the “brain drain” that occurred as many young, talented professionals left Argentina for other countries. He estimated that a third of the people his age in his neighborhood had emigrated since the crisis.

The following afternoon my classmates and I had a meeting with none other than Domingo Cavallo, the man who had implemented dollar convertibility in 1991 to break Argentina’s chronic inflation and, ironically, had been responsible for the corralito a decade later. I expected that Cavallo would give us a history lesson, perhaps to explain what he did in each case and why. The lecture turned out to be much more useful than I had imagined.

Cavallo spoke for two hours on the perils of inflation, its early warning signs, and how we should manage our personal finances and businesses in an inflationary economy. He began by explaining that inflation is highly asymmetric: It’s easy to create (just fire up the printing presses), but it’s very hard to eradicate. Once people begin to expect inflation, the problem becomes particularly acute: People demand higher wages, which in turn drives up prices, which signals to more people that they should expect future inflation and the cycle repeats ad infinitum.

However, Cavallo said that while this cycle can produce painful inflation on the order of 10% to 20% per year, it cannot produce on its own the type of “hyperinflation” on the order of 100% to 1,000% per year that had plagued Argentina in the past. Hyperinflation is possible only when consumers lose confidence in their local currency and begin to save and trade in foreign currency. Prices are actually quite stable in foreign-currency terms during episodes of hyperinflation. The massive price increases in local-currency terms occur because of devaluation: No one trusts the local currency enough to risk holding it at practically any price.

So, Cavallo warned us, when you see people start dealing in foreign currency, it’s time to buckle up.

In recent weeks Argentina has returned to the international stage, this time as its official exchange rate has fallen to 8 pesos per dollar (and the unofficial black-market rate to 12 pesos per dollar). The reason? The country is running out of the foreign exchange reserves that it needs to sell on the open market in order to buy enough of its own currency to prevent its price from collapsing. Reserves are low because few foreigners want to invest in a country that has repeatedly expropriated and nationalized private businesses, and Argentina’s steep tariffs, intended to keep domestic prices and unemployment low, further discourage foreign trade. When a central bank is creating new money faster than its economy is creating real value, there will always be downward pressure on its currency.

Argentina and the United States are similar countries in many ways, especially considering their parallel economic development leading up to the early 20th century. Their development diverged due to differences in their respective political systems and economic policies. Argentina remains a constant reminder of what the United States would look like under a similar political and economic regime characterized by political cronyism, state-sanctioned monopolies, powerful unions, lawless seizure of private assets, fierce protectionism, endless fiscal stimuli, loose monetary policy, unrestrained borrowing, poor productivity, and high unemployment.

Perhaps the most significant difference between the two countries today is that the United States is allowed to pay its debts in its own currency.

At least for now.